His mother descents from prophet Muhammad. 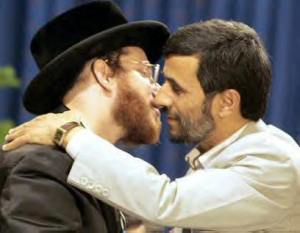 Iranian President Mahmud Ahmadinejad once again has become a controversy. It was not caused by his statements against Israel, but triggered by a report from British newspaper the Daily Telegraph on Saturday last week. The report said that conservative leader has a Jewish father who converted to Muslim.

The Telegraph revealed that his original family name was Saburjian or “cloth weaver”. The word derives from “Sabur”, the name for the Jewish Tallit shawl which usually used by Jews in synagogue on Sabbath and holidays. Also, it is used when reciting morning, afternoon, and evening prayer. END_OF_DOCUMENT_TOKEN_TO_BE_REPLACED